TEMPO.CO, Biak, Papua- Officers from Papua Province's Religion Ministry confirmed that 11 mosques in Biak Numfor District had realigned the direction of Qibla as a guide for Muslims in Biak and its surroundings to face during prayers.

"A total of 11 takmir mosques have proposed a regulation and improvement in the direction to offer prayers," Head of the Islamic Community Development Section of the Biak Religious Affairs office Abdul Manaf Rumadaul remarked after rearranging the direction of qibla at the Qibinine Mosque in Sorido Village, Biak District, in Biak on Saturday.

He is upbeat that resetting the Qibla direction would offer greater comfort to Muslims to pray five times a day at the mosque.

He is optimistic that all mosques would have followed suit in adjusting the direction of Qibla that was carried out by a joint team of the Religious affairs of Papua Province to obtain a certificate as a proof of the change. 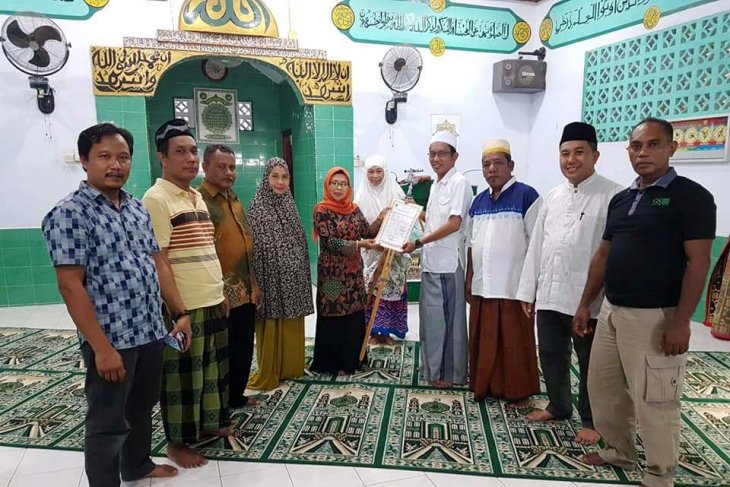 "We are upbeat that the mosques that had rearranged the Qibla direction would be more comfortable to perform prayer services in congregation," he stated.

One of the takmir of the Al Amin Biak Mosque, Tasbih, admitted that the change in the direction of Qibla at the Al Amin Mosque had been made by the team of the religion ministry.

Based on the data, several mosques that had made the necessary changes in the Qibla direction included the Baiturahman Grand Mosque, Al Hafidz  Mosque, Almuminin Mosque, and Al Amin Mosque.

Freeport Mc-MoRan CEO pledges to establish a smelting industry in Papua in 2024, a media report says.

The wife and son of Papua Governor Lukas Enembe did not comply with the KPK summons regarding the corruption case of Lukas who's been named a suspect.

KPK doctors tasked to validate the illness suffered by Papua governor Lukas Enembe had difficulties in proving it.

KPK says it would investigate the allegations of money laundering at casinos by Papua Governor Lukas Enembe.

KPK accused Papua Governor Lukas Enembe who had been named a graft suspect of having accomplices in Singapore.

Jakarta Floods Are Devastating - They Don't Have to Be

Deadly Football Match at Kanjuruhan; FIFA to Be Involved in Total Stadium Audit

Think City: Supporting the Vulnerable Communities of Jakarta Through Art