“For us, Rizieq Shihab is not an ideal ulema for the milennial generation because he is lack of politeness, tolerance, openmindedness and he does not acknowledge diversity, which are the key value for the millennial generation,” said Guntur in a written statement, Tuesday, August 28. 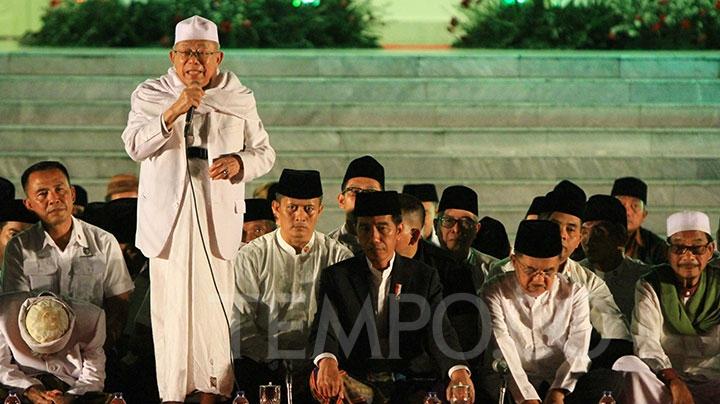 According to Guntur, only Ma’ruf Amin and other ulemas who have broader knowledge are worth to be great exemplars among young generation. “[As long as those] who spread Islam in a kind way and Rahmatan Lil Alamin (a blessing to all natures),” he added.

Earlier, Ma’ruf Amin said he would meet Rizieq while performing hajj in Mecca. However, during his time on August 15-27, the plan was not actualized.

“We appreciate him [Ma’ruf Amin] for not meeting Rizieq Shihab, the FPI figure who is in the Holy Land thus far,” Guntur said.