TEMPO.CO, Jakarta - Head of the Meteorology, Climatology and Geophysics Agency (BMKG) Dwikorita Karnawati advised the public of Lombok to be cautious of smaller magnitude aftershocks following the Lombok earthquake.

“Up until 10:31 today, there has been 79 aftershocks with the largest recorded to be 5.7 SR. This is why we urge people to keep calm but in the same time stay alert,” said Dwikorita in a written statement today.

As previously reported, a magnitude 6.4 SR tectonic earthquake shook areas of Lombok, Bali, and Sumbawa at around 05:47 Western Indonesia Time (WIB) at the coordinate of 8.4 south latitude and 116.5 east longitude, 47 kilometers Northeast of Mataram City at the depth of 24 km. 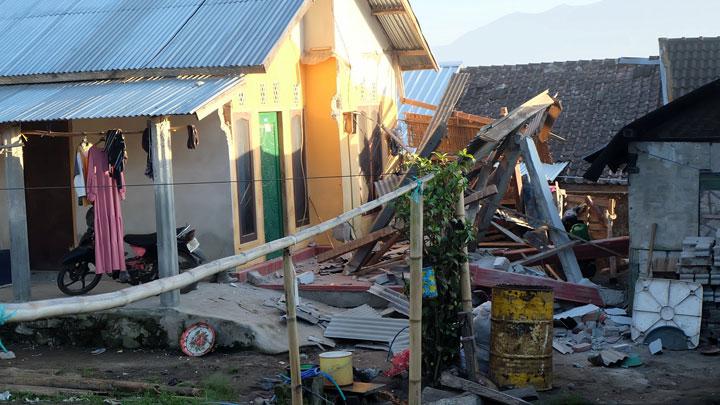 Dwikorita did not forget to remind people to avoid believing any hoaxes following the earthquake since the BMKG is continuously monitoring the earthquake’s development from the main headquarters in Jakarta.

She further explained that the BMKG analyzed that the Lombok earth quake is considered to be a shallow earthquake caused by the Flores back arc thrust upwards fault. Reports have suggested that the quake was felt in regions such as North, West , Central, and East Lombok, Mataram, Denpasar, Kuta, and Singaraja.