“I highly urge President Jokowi through his [state ministers] to push for an to human rights violation cases in Papua that have long existed and has never been legally settled,” said Yan in a press statement in Manokwari, West Papua on Tuesday, July 31.

According to the man who received the John Humphrey Freedom Award in 2005, there has been three major cases that arises upon mentioning human rights protection in Papua. The first is the Wasior case in 2001, Wamena case in 2003, and the Enarotali-Paniai in 2014.

“I would like to state that the three cases are considered severe human rights violations according to Article 7, Article 8, and Article 9 of Law No. 26/2000 on human rights,” said Yan. 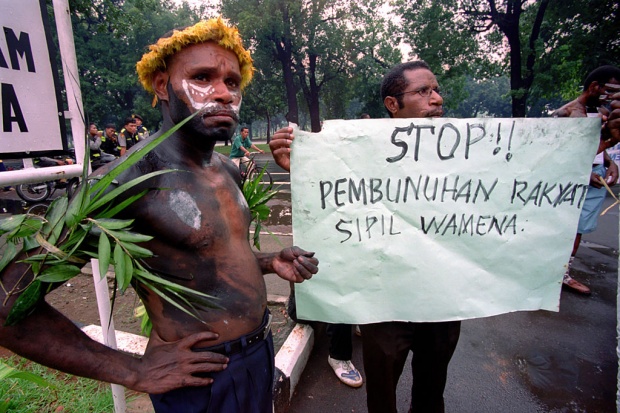 The Wasior case in June 31, 2001, was sparked by the killing of five police mobile brigade (Brimob) members and one civilian at the Vatika Papuana Perkasa.

Authorities that were hunting the suspects had allegedly conducted violations including torture, murder, and abduction.

Meanwhile, the Wamena case in April of 2003 is when authorities swept 25 villages following a break-in of a military base weapons warehouse where two Armed Forces (TNI) members were killed. This caused the death of nine civilians and injured 38 people. The latest case happened in 2014 where five were killed.

Yan urged for these three cases to be solved accordingly by Jokowi’s administration and said he would take it to the International Human Rights court if it does not.