The complaints and protests were brought up on the Instagram official account of the event organizing committee @pocopocogwr. Most of the participants complained about the sound system which did not spread well along the dance spot of Jl. Sudirman-Thamrin.

No solution was given until the dance was ended thus the participants danced without the music. “It is silent until 8 am, no [dance] cue. So we dance Poco-poco without music,” an account @puspita_halim made a comment, Sunday, August 5.

Approximately 65,000 participants joined in the world record breaking of Poco-poco dance came from various regions including students in Jakarta. The participants were trained earlier by 1,500 dance instructors.

The event was held at Silang Monas and along Jl. Thamrin, Sudirman, and Bundaran Senayan. Unfortunately, the sound system did not prepare evenly. 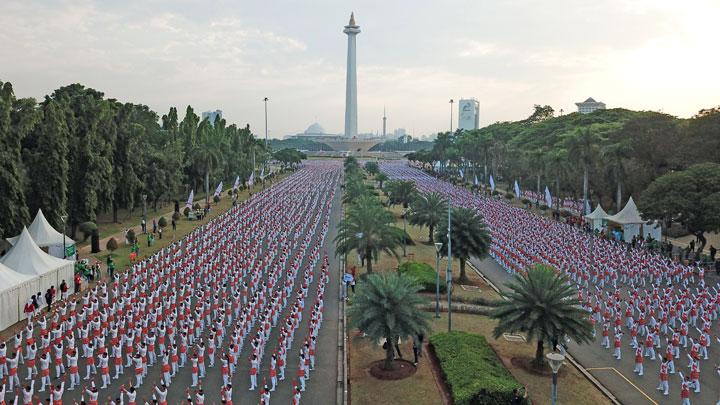 Those participants in Senayan areas felt abandoned by the organizing committee due to lack of music and that no officials gave a cue on the dance as well as helped tidy the line.

“We are asked to participate merely to scan the barcode, to fulfill the 65,000-participant quota,” said an account under named @jirraperbawa.

As the news written, the organizing committee of the dance event has yet given an answer regarding the complaints. Tempo has sent a direct message to the official account, but no confirmation is sent back.