TEMPO.CO, Jakarta - Two corpse flowers or Amorphophallus titanum were seen growing in the midst of a residential area at Gang Limus in Sukabumi City, West Java.

“There were two corpse flowers that grew there, only one has blossomed while the other is still a sprout,” said Siti Suaebah, the owner of the piece of land that the flowers grew on. 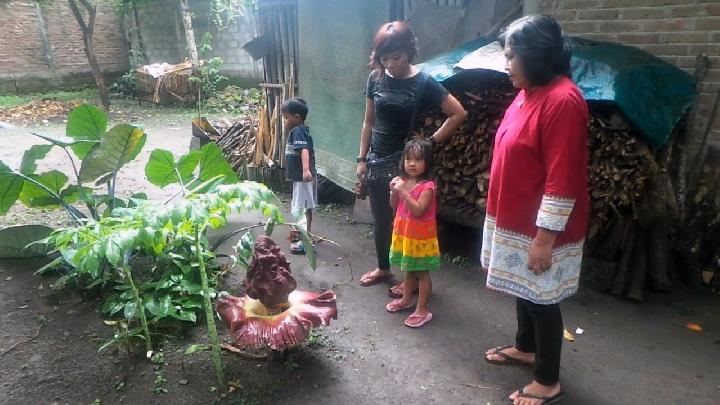 The existence of the flowers became an instant attraction for local residents who could be seen visiting the location in large groups.

According to Siti, she accidently discovered the corpse flowers while she was cleaning up the empty yard.

“This is a rare moment for a corpse flower to grow in the middle of an urban area. Gang Limus rarely has empty yards since it is a congested residential area,” said Siti. Furthermore, in order to preserve the rare flowers, Siti with the help of other local residents erected a bamboo fence that covers the corpse flower`s circumference.