TEMPO.CO, Jakarta - The Aceh province's Office of Culture and Tourism is determined to increase the number of activities for tourists coming to Sabang Island which is located at the westernmost tip of Indonesia.

"We will continue to promote Sabang and also hold a variety of activities to attract more domestic and foreign tourists," Head of the Aceh Culture and Tourism Agency, Jamaluddin, said on Sunday. 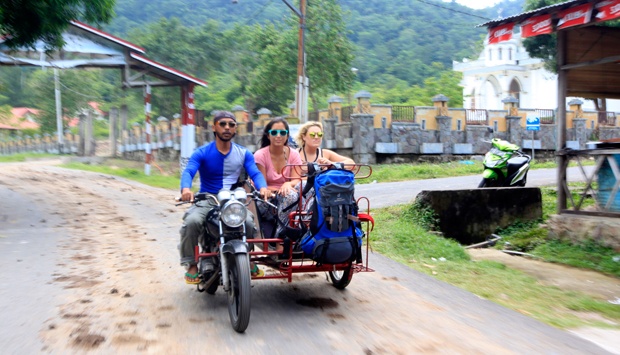 The statement was conveyed by the Aceh Culture and Tourism Agency in exposure related to casual road activities and relaxing bikes which are held as part of the 2019 Sabang Marine Festival.

He explained that the series of activities held at the Sabang Marine Festival were part of promoting Sabang in particular and Aceh in general to sailboat participants as well as the world community.

Read also: Sail Sabang to be the Largest Maritime Tourism Event in Indonesia

"Not only does this activity bring them around the city of Banda Aceh, but also convey the message that the capital city of Banda Aceh provides many tourist, cultural and historical charms and a decent and comfortable destinations to visit," he said.

Relaxing bicycles and leisurely walks followed by people in Sabang City and bicycle clubs from Banda Aceh were also attended by Mayor of Sabang, Nazaruddin, Head of Razuardi BPKS and local Forkopimda elements.

Sabang Mayor Nazaruddin also invited his citizens to jointly build the area, especially the tourism sector which was able to have an impact on all economic sectors in the city.