Jokowi Receives Visit from US Secretary of State Mike Pompeo

TEMPO.CO, Jakarta - President Joko Widodo received a visit from the US Secretary of State Mike Pompeo at the Merdeka Palace, Jakarta, on Sunday, August 5.

“On this occasion, it will be used to discuss further on bilateral and international issues. But before I continue, I invite the noble to give the opening speech,” said Jokowi.

Pompeo said he was grateful to be able to visit Indonesia and meet with Jokowi. He had heard the story of visiting Indonesia from the US Vice President Mike Pence. “Our vice president expressed his honor of enjoying the trip to here,” he said. 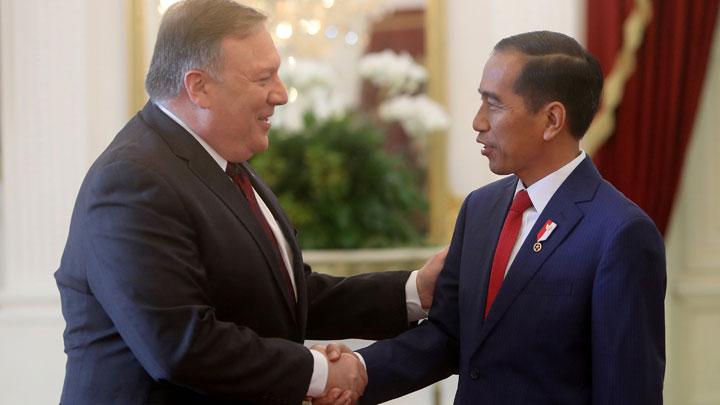 Jokowi explained that Indonesia is the largest country in Southeast Asia and the largest Muslim country in the world. “We are also proud that democracy is growing rapidly in Indonesia,” he said.

According to him, the challenge currently faced by all nations is to maintain the diversity of each other and mutual respect. “All this time I have continued to develop diversity and tolerance,” he said.